74. Will AU keep vow to alleviate plight of refugee millions?

African Union (AU) leaders, at their February summit in the Ethiopian capital of Addis Ababa, declared 2019 to be “The Year of Refugees, Returnees, and Internally Displaced Persons.” They also commemorated the 50th anniversary of the Organisation of African Unity (OAU) Refugee Convention and the 10th anniversary of the AU Kampala Convention on Internally Displaced Persons (IDPs).

The root causes of Africa’s insecurity lie in poor governance, political exclusion, and socio-economic inequalities, which have greatly contributed to conflicts that have displaced people internally and sent them fleeing across borders. African migration to Europe is also a result of the colonial legacy and post-colonial external meddling. About 60% of the continent’s population is under the age of 30, with 3,221 African migrants having died in the Mediterranean since 2017 in vain attempts to reach “Fortress Europe.”

16.5 million Africans are internally displaced, while 6.5 million (about 35% of the global total) are refugees on their own continent. Many of the states from which these migrants come are also countries in conflict, emerging from war, and/or suffering from poor governance.

In Eastern Africa, South Sudan’s five-year civil conflict led to an estimated 383,000 deaths, 1.5 million internally displaced, and 2.5 million refugees. About 1.4 million Ethiopians remain internally displaced by local conflicts, with continuing discontent in the turbulent Oromia and Amhara regions. Eritrea – ruled for 26 years by Isaias Afwerki – is one of the largest exporters of migrants to Europe due to internal repression and a lack of employment opportunities. Somalia has been without an effective central government for three decades. Even today, it requires a 22,000-strong AU force to maintain stability, lacking an effective army. The 10,000-strong Al-Shabaab militant group continues its attacks in Somalia which have spilled into Kenya. Sudan’s sky-rocketing prices of food, fuel, and medicines have resulted in spreading protests and a brutal government crackdown by the 29-year regime of Omar al-Bashir. Furthermore, there are continuing fears of famine ravaging parts of South Sudan and Somalia.

In Central Africa, the Congo’s instability continues in Kivu and Kasai provinces, even as the disputed presidential election of Félix Tshisekedi in January 2019 contains the seeds for further conflict in a never-ending two-decade civil war that has seen over 3 million deaths and 4.4 million internally displaced. Instability similarly continues in the Central African Republic (CAR) between rival Christian and Muslim militias who control 80% of the country, resulting in about 640,000 IDPs and nearly 600,000 refugees. Burundi’s instability has resulted in 400,000 internally displaced persons.  In Cameroon, an estimated 300,000 people have been internally displaced following tensions between Paul Biya’s government and the anglophone Northwest and Southwest, while 25,000 refugees have spilled into Nigeria.

In West Africa, Nigeria itself continues to face massive insecurity between herdsmen and farmers, resulting in more deaths in 2018 (about 2,075) than the terrorist scourge of Boko Haram and its breakaway Islamic State West Africa Province (ISWAP). This has internally displaced two million people; spilled over 227,000 people into neighbouring Cameroon, Chad and Niger; and killed an estimated 20,000 Nigerians. About 87 million Nigerians (out of a population of 180 million) live in extreme poverty: more than any other country in the world. Terrorist attacks have also spread across the Sahel region to destabilise Mali, Niger, and Burkina Faso. Mali’s government spends 22% of its national budget on security, even as 191 United Nations (UN) peacekeepers have died in the conflict since 2013, fuelled by militants with links to Algeria and Mauritania. Guinea has seen frequent protests in bauxite-producing areas, while in neighbouring Liberia, the country’s security forces remain ill-equipped to keep the peace, following the departure of UN peacekeepers in 2017. Côte d’Ivoire – despite impressive economic progress – remains fragile following post-electoral violence in 2011 and a restive, unreformed army.

AU leaders committed at their February summit in Ethiopia to strengthening national systems to prevent conflicts and displacement in Africa, as well as to create conducive conditions for the return, rehabilitation, and reintegration of refugees. To this end, the AU is establishing a Continental Operation Centre in Sudan to help manage irregular migration, as well as an African Migration Observatory in Morocco to collect, analyse, and share data on continental initiatives. It remains to be seen whether the AU’s alchemists will live up to their commitments.

Professor Adekeye Adebajo is Director of the Institute for Pan-African Thought and Conversation at the University of Johannesburg. 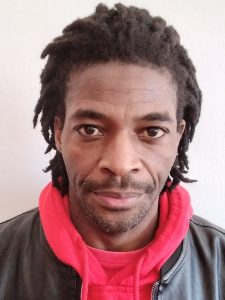 Dr. Stephen Phiri is a Senior Researcher at the Institute of Pan-African Thought and Conversation (IPATC). He obtained a doctorate in Education and Development from the University of KwaZulu-Natal (UKZN) in South Africa. He was a lecturer at UKZN and co-supervised students at both Honours and Masters levels. He acted as a Junior Researcher at Mzala Nxumalo Centre and worked at Kwame Nkrumah’s Ideological Institute on diversifying its Pan-African activities beyond Ghana. He is the author of the book, Zimbabwean Political Crisis: The Catholic Church on the Crossroads. Dr Phiri has published several articles.  He specialises in emancipatory politics, education, and development studies. 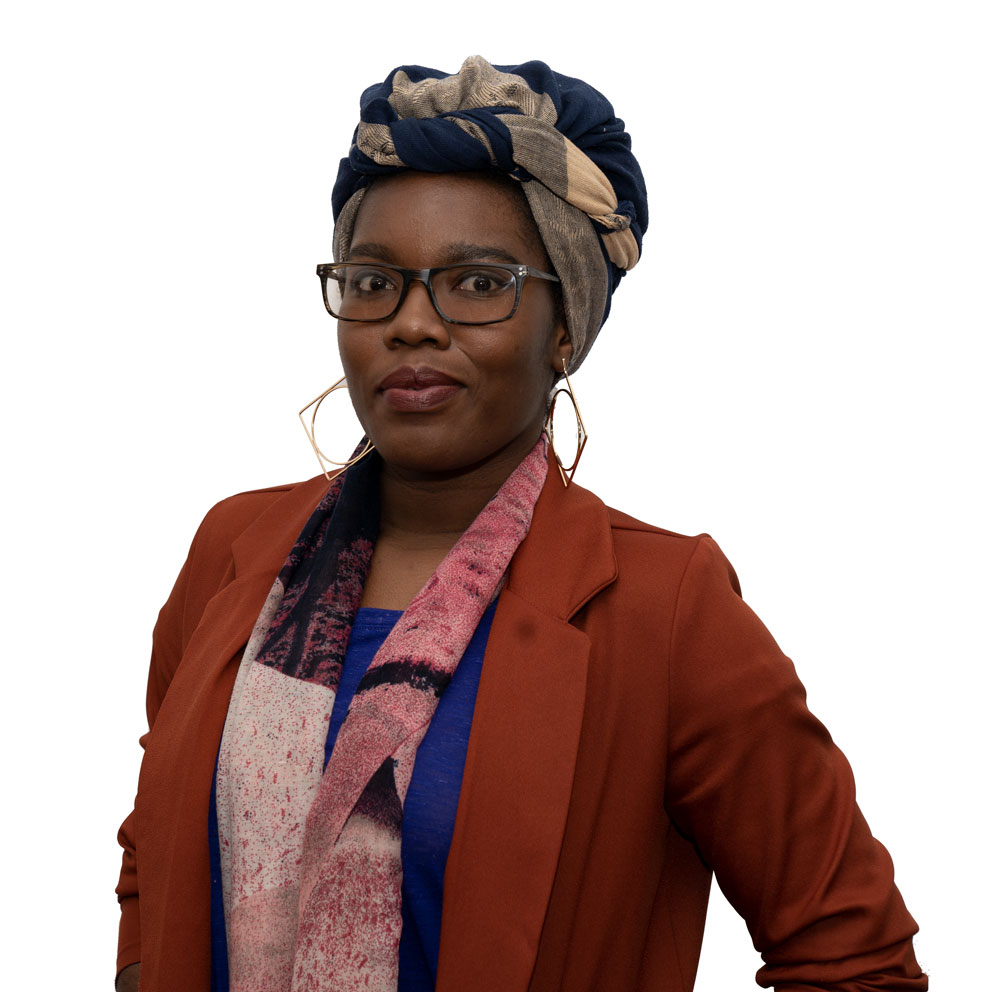 Ms. Thandeka Nomvele is a Research Assistant at the Institute for Pan-African Thought and Conversation. She completed her Undergraduate Degree in Political Studies and an Honours Degree in Politics and International Relations, both from the University of Johannesburg (UJ). She previously worked as a Student Assistant with the Institute. 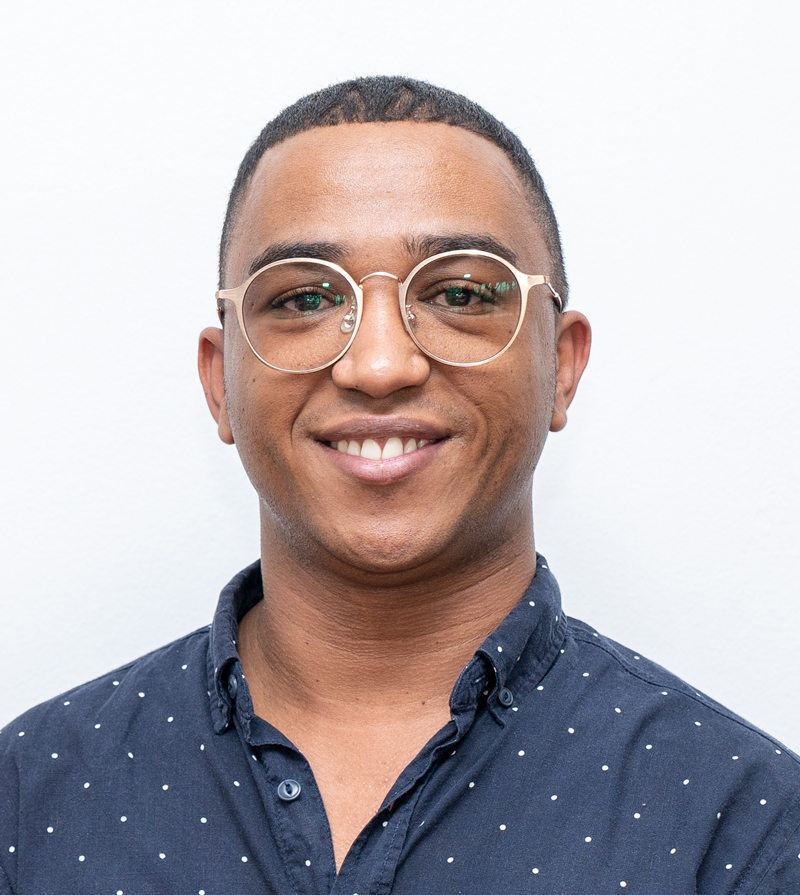 Mr. Berneth Koopman is a Personal and Research Assistant at the Institute for Pan-African Thought and Conversation. He previously worked at the UJ Division for Internationalisation where he was the Administrator for Study Abroad.  He also  worked at TransAfrica Radio in South Africa as the Account Executive. 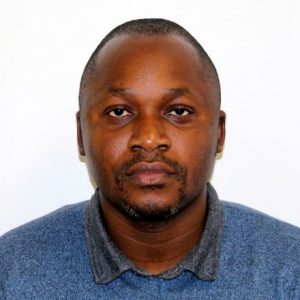 Dr. Adeoye O. Akinola is the Head of Research and Teaching at the Institute for Pan-African Thought and Conversation (IPATC). He obtained a doctorate in Political Science from the University of KwaZulu-Natal (UKZN) in South Africa. He was a Lecturer at Obafemi Awolowo University (OAU) in Nigeria; a Post-Doctoral Fellow at UKZN and the University of Zululand; and a Visiting Professor at the United Nations University  for Peace (UPEACE) in Addis Ababa. He is the author of  the book, Globalization, Democracy and Oil Sector Reform in Nigeria; co-author of Boko Haram’s Terrorism and the Nigerian State; and editor and co-editor respectively of The Political Economy of Xenophobia in Africa, and The Trajectory of Land Reform in Post-Colonial African States. Dr. Akinola has published about 40 articles in accredited journals. He specializes in globalization, African political economy, development studies, resource governance, conflict and peace studies. 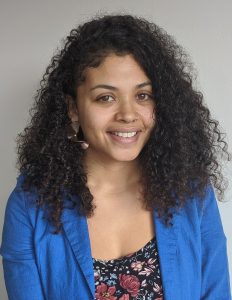 Ms. Terri Maggott is a Research Coordinator at The Institute for Pan-African Thought and Conversation  (IPATC). She holds a Master’s Degree in Anthropology and Development Studies from the University of Johannesburg (UJ). Ms. Maggott is a former student activist, and her research and political interests include issues related to community organising, gender, protest, and a post-capitalist future. 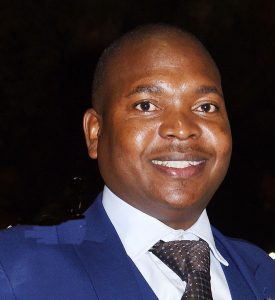 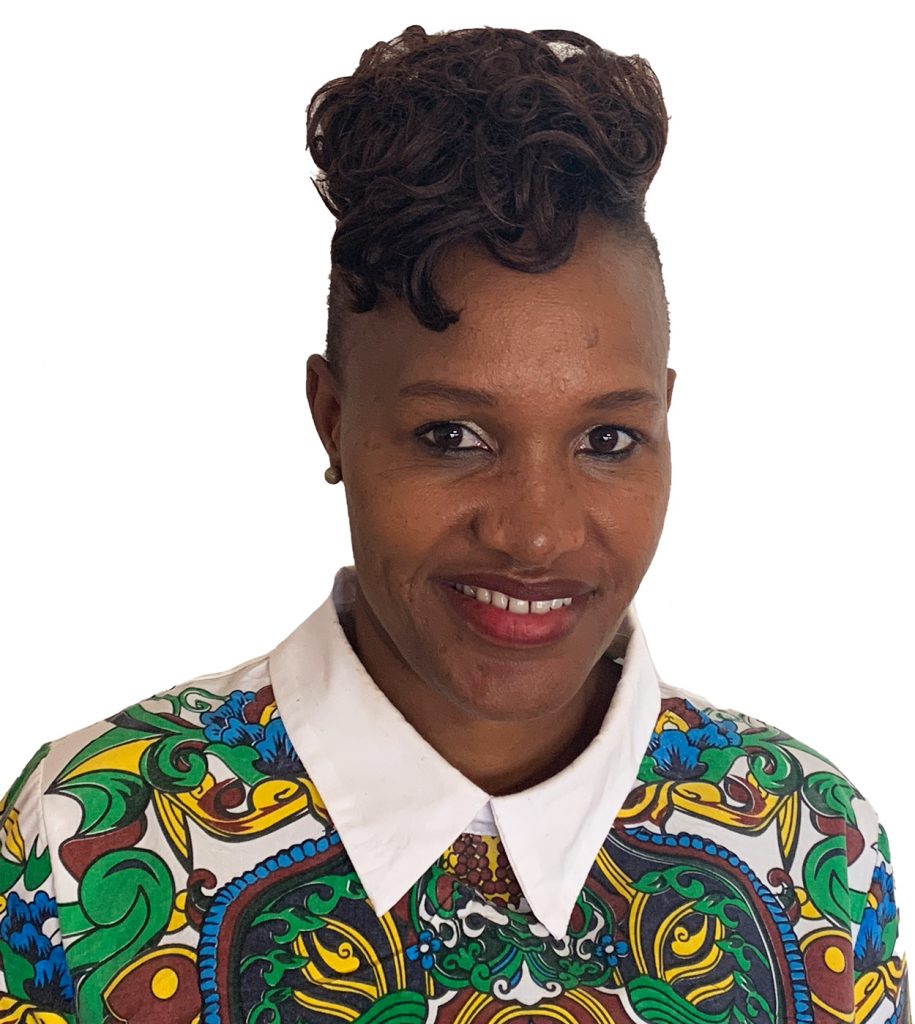 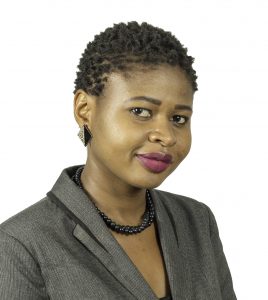 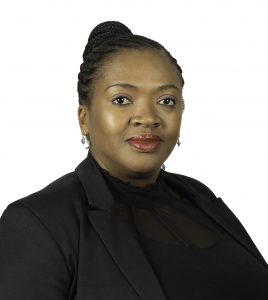 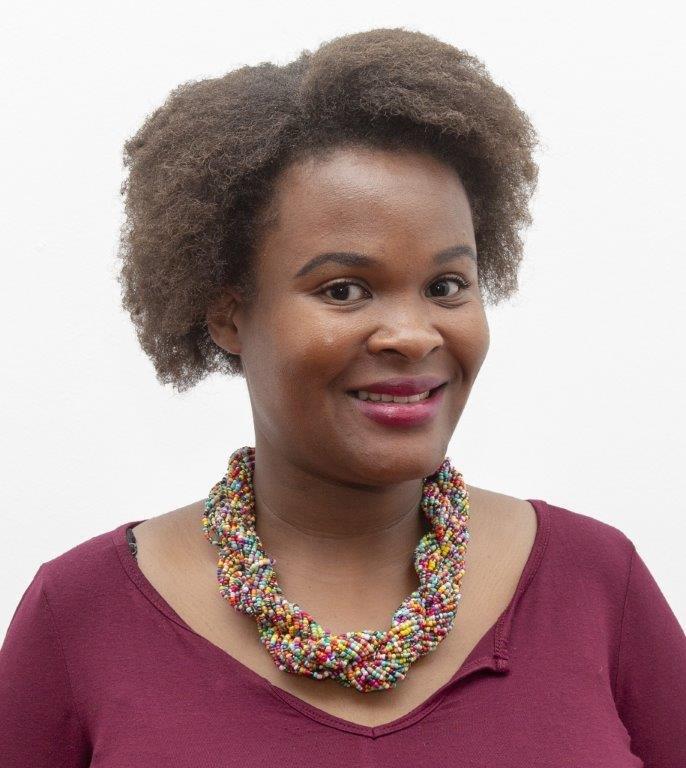 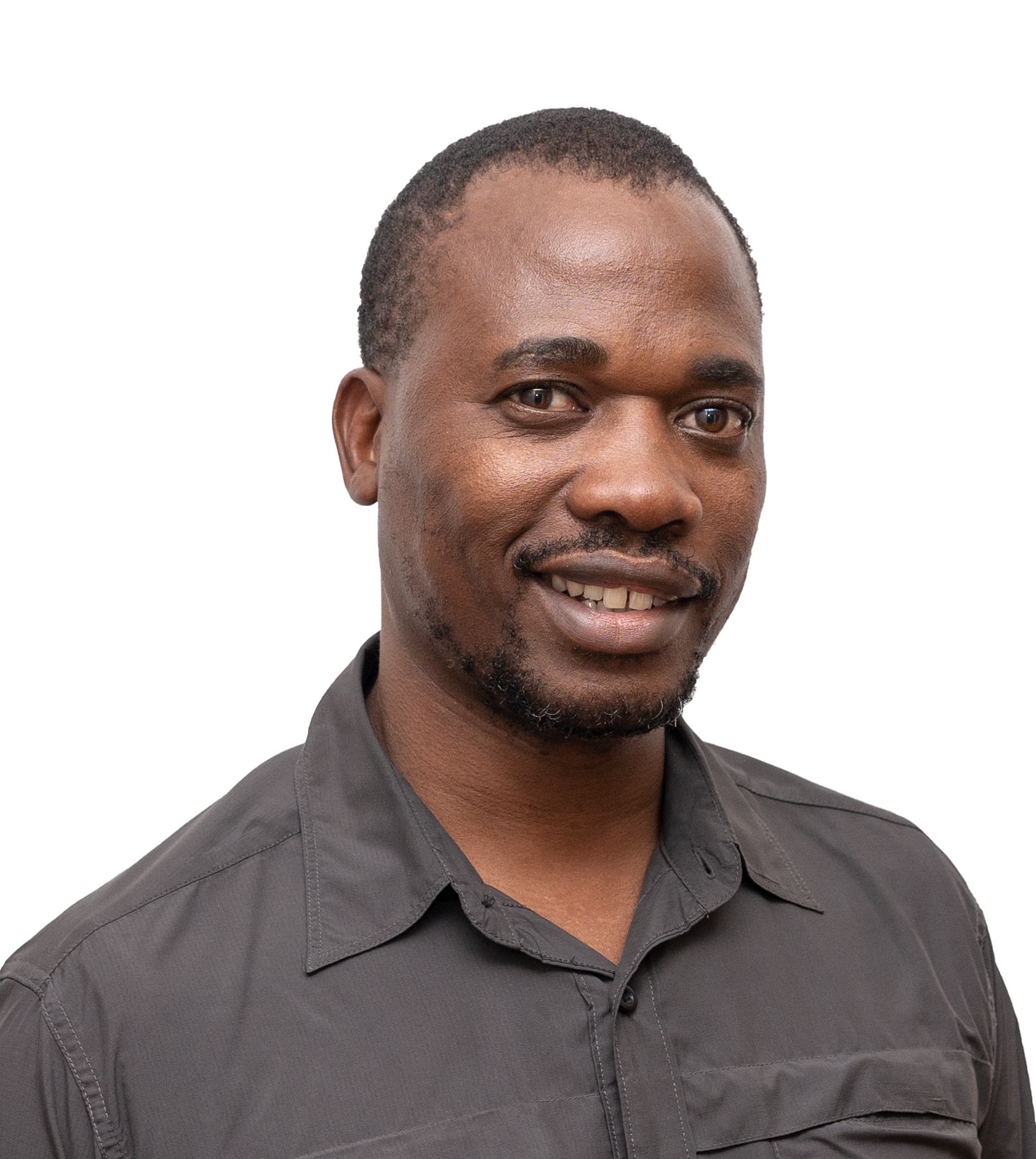 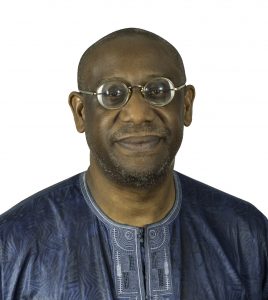 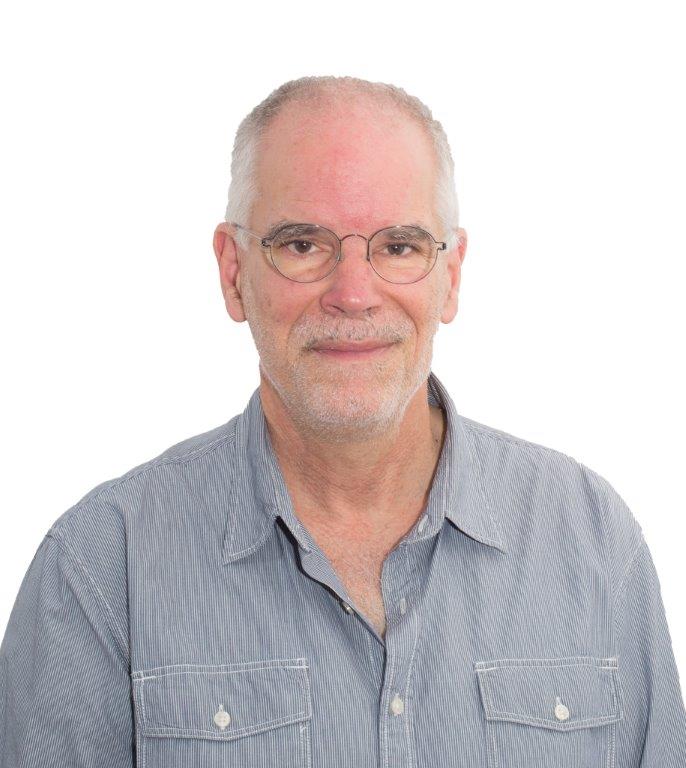 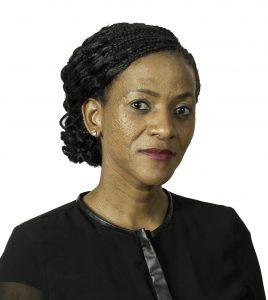